Much sooner than initially planned, we upgraded our in-house development systems here at Carsten Fuchs Software from the obsolete Debian GNU/Linux Sarge 3.1 to the new Ubuntu 8.04 (Hardy Heron) LTS.

The installation of Ubuntu 8.04 was the fastest and smoothest setup of a new OS that I've ever experienced - including the partitioning and formatting of the drives, copying of files and downloading of newer versions, basic system and application setup, installation of the NVidia driver for 3D hardware-acceleration - everything went without a single problem and in less than 30 minutes.

With regards to Ca3DE, we took the opportunity to review and update the documentation related to the Ca3DE source code, there is now an entirely new chapter At the Core: The C++ Source Code that explains how Ca3DE is installed from source-code on "fresh" systems. 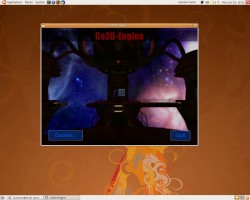 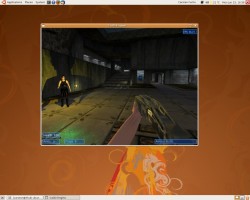 Among the many new features and bug fixes that we implemented in the meanwhile, there was also a change that improved the contrast and brightness of Radiosity-lit portions of levels a lot. The images below demonstrate the difference before and after the correction by showing some scenes in a checkerboard pattern that alternating indicates the lighting before (too dark) and after the change (normal).
If you think it doesn't make much of a difference in the screen-shots, the change is very noticeable when you see it full-screen, and it enhances the game-play and visual perceptibility a lot. This update has been applied to all maps by now and will ship with the next Ca3DE demo release. 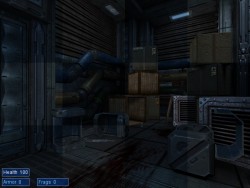 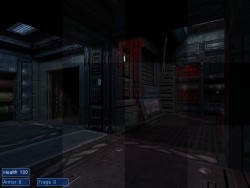 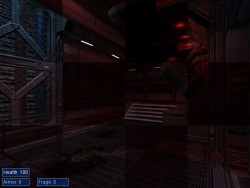 Re: Linux and Lighting

Sounds good - I haven't had that much luck with the latest demo on 8.04 myself though... I'll post in the help forum if it still doesn't work tomorrow (it's getting late)...

-Stephen
My Site | My Blog
Top

Re: Linux and Lighting


Stephen wrote:Sounds good - I haven't had that much luck with the latest demo on 8.04 myself though... I'll post in the help forum if it still doesn't work tomorrow (it's getting late)...