The Ca3DE October 2005 Demo and SDK have just been released!

While this release is mostly a bug-fix and maintenance release towards the upcoming TechDemo, it also has two great new features: Support for the direct import of Doom3 md5 model files has been added, as well as an entirely new water shader!

The new water shader has per-pixel animated waves that reflect the cube-mapped environment and it supports the Fresnel term for reflections and water translucency.

Here is the full list of changes since the previous (September 2005) release: 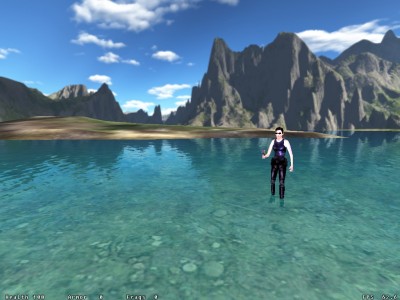 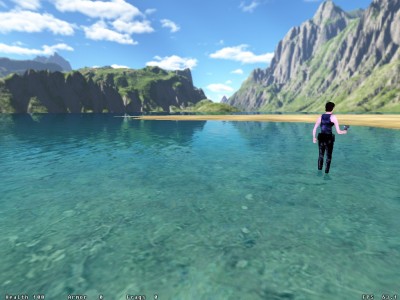 You should really see this live - it's animated!

The great features of the Ca3DE Material System start to pay off now...

There is currently no ready-made world with the above water in the demo, but one can easily be made with the SDK. The upcoming TechDemo will also come with a beach scene as indicated in the screenshots above, demonstrating the new water shader.
Top
Locked
1 post • Page 1 of 1